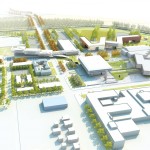 On Fifth Tuesday (August 9), nearly 100 students gathered in BJ’s during lunch for free food. Oh yeah. There was a town hall too. All kidding aside, students new and old had gathered to hear Kettering University President Dr. Robert McMahan speak about the Campus Master Plan, the proposed Greek Village, the recent changes to Title IX, and Campus Safety.

Five years ago on August 5th, spacecraft Juno was launched by NASA on a mission to orbit and further study the planet Jupiter. This past Fourth of July, many science enthusiasts were able to celebrate not only our Independence Day, but also the success of Juno’s  arrival at its destination.

Many changes have taken place at Kettering over the past five years, and many more larger changes are to come in the next five years. Yet not all of the changes have to be large. Some come in the form of new furniture, a projector screen in the Sunset Room of the Campus Center, or even a milkshake machine. These small changes and additions may not seem like much, but their impact on the campus can be tremendous. One of the most recent changes that did not take much effort but added a lot of meaning is the new Corporate Partner Wall.

If you happen to look up at night recently, you may have seen a burst of light streaking across the sky. Instead of a plane or flying saucer, however, that burst of light was likely a meteor. From July 17th to August 14th, Earth was passing through the dust and debris left behind by comet Swift-Tuttle.