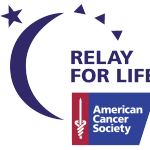 The fight against cancer has been going on for years, and  Kettering continues to play its part. On 9th Friday, Kettering hosted their annual Relay For Life to raise money for the American Cancer Society. The Relay ran for 7.5 hours, starting at 7 pm and running through 2:30 am, stopping short of the original 4 am end due to rain.

This term I had the pleasure of being part of Professor Ben Pauli’s Introduction to Social Science class. During these classes, he made us aware of a series of projects he was acting in and helping to orchestrate, including his own research project, and looking for potential volunteers who would be willing to help with canvassing activity within the city of Flint. Combined with the fact he is relatively new to the university, The Technician that we would greatly appreciate having an interview with him, to which he agreed.

On Eighth Thursday, or September 1st, ten decaffeinated zombies woke up early to have breakfast with Dr. McMahan at 8 am. “So,” asked one of the students at 8:05, “what’s the over/under? When do you guys think he’ll get here?”

Dr. Karen Wilkinson of Kettering’s Liberal Studies Department will be closing the door to her office for the last time at the end of the Summer 2016 academic term. Having worked at the university for 29 years, serving as Liberal Studies Department for 15 years, Wilkinson has led a strong career of service to academia, and now feels like she is ready to turn her sights back inward.