Welcome to our newest colleague who recently joined Kettering: 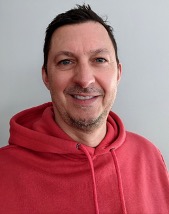 Kettering had the second-largest participating team, with half of its members participating in collegiate DECA for the first time.

Twenty-one team members are eligible to compete in the International Career Development Conference on April 9-12 in Baltimore.

DECA promotes professionalism through business and entrepreneurship at both the collegiate and high school levels throughout the world.

To learn more about the DECA team, contact Dr. Ken Williams at kwilliams@kettering.edu.