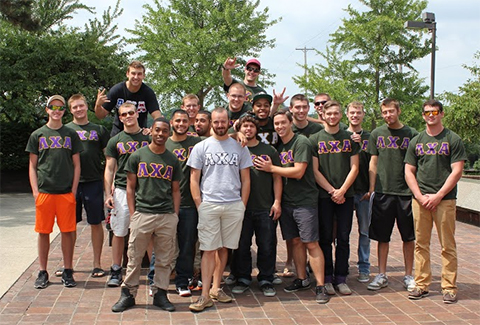 Lambda Chi Alpha Fraternity, founded in 1909, is one of the largest men’s general fraternities in North America with more than 280,000 initiated members and 200 active chapters at colleges and universities.

Lambda Chi Alpha has lead the way to the abolishment of hazing and eliminating pledging altogether with its Associate Member program. As part of Lambda Chi Alpha’s True Brother Initiative, Associate Members learn the Seven Core Values that form the foundation of Lambda Chi Alpha’s approach to brotherhood. These seven values – Loyalty, Duty, Respect, Service and Stewardship, Honor, Integrity, and Personal Courage – are influenced by the U.S. Army’s leader development program and the concepts of Christian teachings found within the Holy Bible.

Lambda Chi Alpha Lambda-Epsilon Zeta, the chapter at Kettering University, received it’s charter on May 9, 1964, when the men of the local Gilgal Fraternity wanted to join a national organization with similar ideals and principles. Brothers are currently involved in campus organizations such as Inter-Fraternity Council, Student Alumni Council, Society of Automotive Engineers, National Society for Black Engineers, Outdoors Club, Trap and Skeet Club, Aquaneers, and Firebirds.

When brothers are not in class or studying, they can be found on campus between the “Pool” and “Beach”, in the Connie and Jim John Recreation Center, or at the chapter house playing volleyball, working on their vehicles, gaming, longboarding, and socializing. The chapter house is located within walking distance west of Kettering University at 2801 Sunset Drive, Flint, MI, 48503.