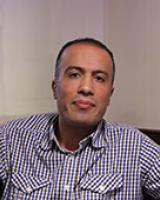 Dr. Baqersad earned his master’s and Ph.D. in Mechanical Engineering from the University of Massachusetts. He also has a master’s degree in Automotive Engineering. His primary teaching and research interest are in the fields of modal analysis, finite element analysis, computer vision and optical measurement techniques, acoustics, and vibrations.

Aside from his extensive research career, Dr.Baqersad has had many professional roles in his field including Executive Board Member at Society for Experimental Mechanics, Associate Editor of Experimental Techniques Journal (January 2016 to present), and proposal reviewer and panelist for different funding agencies. He has chaired and served as a panelist for many conferences and served as a reviewer for several journals. 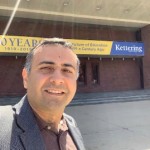 Khalil Alipour received his B.S., M.S. and PhD degrees all with honors in Mechanical Engineering from K. N. Toosi University of Technology in 2002, 2004 and 2010, respectively. Currently, he is a postdoc research associate at Kettering University. He has taught courses in the areas of robotics, dynamics, automatic control, analysis and synthesis of mechanisms. At Kettering University, he has focused on nonlinear modeling of elastomer bushings. His work includes modeling of bushings at both static and dynamic levels as well as, offline parameter estimation of the developed models.

His research interests are in the areas of modeling and simulation, automatic control, motion/path planning of robotic systems and tip-over stability analysis of mobile robots. He has published various articles in international journals and conference proceedings.

Seyed Jamaleddin Mostafavi Yazdi received his Ph.D. degree in Mechanical Engineering in 2019 from Kyungpook National University, Daegu, South Korea. He was a postdoctoral researcher (March 2019 to February 2020) at the Artificial Intelligence and Computed Diagnosis Lab (AICD), Biomedical Engineering Department, in the Keimyung University, Daegu, South Korea. His research interests lie in the areas of the Biomechanics, Mechanics of soft tissues, Dynamics &Vibrations, Mechanics of Materials, Finite Element Analysis (FEA), and Biomedical Engineering with focus on implantable electrocardiogram (ECG) sensors, and signal characterization of ECG signals for an atrial fibrillation using Machine Learning and Artificial Intelligence. Now, he is a postdoctoral researcher (February 2020 to present) in Mechanical Engineering department at Kettering University. His research focuses on developing a new approach for health monitoring of human skin. His work includes finite element modeling and testing of human skin and conducts research in the area of dynamics & vibrations. He has contributed to publish many articles in international journals and conference.