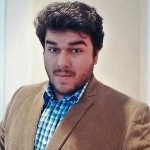 An astute researcher having a great exposure to projects involving development of Mobility of the Future, Abshiehk Chavan holds a Bachelor’s degree in Mechanical and Automation (Mechatronics) Engineering with a minor degree into Biomedical Engineering. Has worked on 7 projects during his undergraduate degree which speak for his keen interest in Research and Development. Owing to his passion for Automobiles, he steered his career to pursue Master’s in Automotive Systems even after landing a decent job in the Automobile Industry, to learn more in depth about the science of automobiles. He is currently focused on working over the Acoustic Model of Automobile Tires to tackle the issues of tire noise. Channelizing his skills to device techniques and models to minimize the tire noise which is indeed a prominent source of noise in uber quiet electric vehicles and modern IC engine powered vehicles. 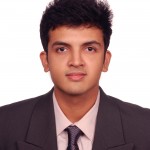 Anand Krishnasarma is currently working as a graduate assistant under Dr. Javad Baqersad in the NVH and Experimental Mechanics lab. He holds a Bachelor’s degree in mechanical engineering from Birla Institute of Technology and Science, Dubai, UAE. After his Bachelor’s, Anand went on to work as a product development executive for Central Motors & Equipment- Dubai, UAE (the exclusive dealers of Bosch Automotive and Osram Automotive in the UAE) for two years, before joining Kettering University in the fall of 2017 to pursue his Master’s in Engineering (concentration in automotive systems).

At this point in time, he is involved in the acoustics extension of the NVHEM lab and is working on a project that is aimed at reducing motor generated noise mainly owing to electromagnetic interference in electric vehicles. The final acoustical simulation will be done using LMS virtual.lab. His research interests lie in NVH and Acoustics, and Vehicle Dynamics. 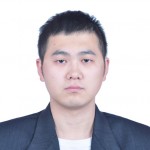 Yunlong Han is currently a graduate student in Master of Engineering in Automotive Systems Engineering Program at Kettering University. He is a Graduate Research Assistant and has been conducting research in Composite Material Nondestructive Testing, Digital Image Correlation Testing and Acoustic Emission Testing under the guidance of Dr. Javad Baqersad since 2018. His research includes studying the failure pattern of composite materials, composite material testing, and failure prediction. He is currently conducting research in studying the correlations between DIC measurement and acoustic emission measurement based on carbon fiber fatigue test. 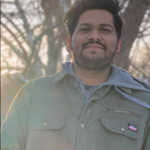 Prashant Jadhav is currently working as a graduate assistant under Dr. Javad Baqersad in the NVH and Experimental Mechanics lab. He holds a Bachelor’s degree in mechanical engineering from Imperial College of Engineering, Pune, India. After his Bachelor’s, Prashant went on to work as a Automotive Product Engineer- design & development for Mahindra Engineering Services (working offshore for Navistar International) for two years, before joining Kettering University in the fall of 2018 to pursue his Master’s in Engineering (concentration in automotive systems). His undergraduate projects like the modal analysis of chassis and professional work experience in the BIW/Chassis component design boosted his interests in the NVH, structural dynamics & testing domain.

He is currently working on contact and non-contact methods of  testing of mechanical systems using LMS test.lab & DIC (Digital Image Correlation) respectively. He is also working for the SAE Autodrive team for the operational modal testing of roof rack and effects of vibration of the LIDAR mount. He is also working on the acoustics extension, as he plans to pursue his thesis on vibro-acoustic analysis of electric motors for noise reduction. 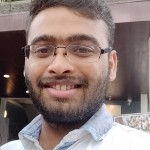 Nitin Reddy Edla is currently working as a graduate assistant in the NVH and Experimental Mechanics lab under the supervision of Dr.Javad Baqersad, while pursuing his mater’s in Automotive Systems at Kettering University. During his undergraduate he has actively participated in FASE and BAJA with focus on Vehicle Dynamics aspects. He then went on to work as a Vehicle Test Engineer at Advanced Structures India, India. He has hands on experience with brake testing validation, vehicle handling, tire testing, and full vehicle NVH.

His current research is focused on developing Non-linear bushing model to improve the accuracy of NVH simulations of vehicles. The model is developed on MATLAB while the simulation is going to be achieved on MSC ADAMS. 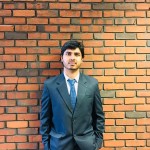 Sarthak Vyas is currently working as a graduate research assistant under the supervision of Dr. Javad Baqersad in engineering mechanics lab in the field of noise vibration harshness. He is currently working on the Finite Element Modeling of hyper-elastic and visco-elastic materials for dynamic analysis which involved the FEM of skin layers to detect skin cancer using Abaqus CAE and Simcenter (Virtual LMS). He also worked on the Multibody dynamics of an elastomeric bushing using ADAMS View and Motion View.

He holds the bachelor’s degree in Mechanical Engineering from a state university known as Ujjain Engineering College Ujjain, India. After completing the undergraduate degree, he worked in Tata Consultancy Services as design/system engineer on the structural topology optimization and durability testing of an Automobile components over Hyper-mesh, Opti-struct and Ls-dyna for 2+ years before joining the Kettering University in Fall 2018 to pursue Master’s in Science in Automotive systems. 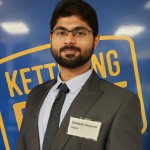 Sandesh Prabhu is currently working as a graduate assistant under Dr Javad baqersad in the NVH and Experimental Mechanics lab. He earned his Bachelor’s degree from MITE, Karnataka, India, where he actively participated as a design engineer in FSAE and SAE BAJA and is now pursuing Masters in Automotive systems. He worked for Precision Instrument Co and undertook projects with Product design and development. With his experience in the CAE field, he shows great interest in learning and applying his knowledge in the numerous projects he has worked on. Currently working on Finite Element modelling and analysis of hyperelastic bushings used in Automobile Suspensions for nonlinear hyperelastic behaviour study. His research interests lie in the areas of Powertrain, Powertrain NVH, structural dynamics and noise reduction.

Lei Shi is currently an NVH structural & Driveline development engineer at Shanghai Automotive Industry Corporation (SAIC), who attended the exchange program at Kettering University in China. Now he is working as a research assistant at NVH and Experimental Mechanics lab. He earned both his master degree and bachelor degree in Mechanical engineering at Wuhan University of Technology.

Currently his research is focusing on Experimental Measurement and Numerical Simulation to Optimize NVH Performance of Structural Coated Automotive Components. It is a program which need sound comprehensive abilities in Dream 3D, Abaqus and so on. 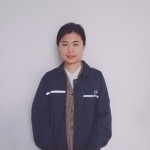 Mengxi Liu is currently a graduate student in master of Engineering in Mechanical engineering Program at Kettering University. She is working as a graduate assistant in the NVH and Experimental Mechanics lab and she is the new to this lab and will start from the experimental work , such as Digital Image Correlation Testing, failure prediction and FEM.

She earned her bachelor’s degree in Mechanism design, manufacturing and automatization in China,Yianbian university. After her bachelor’s, she went to work as an advanced manufacturing engineer at Yanfeng automotive interior both China and US for 5 years.