The Learning Commons: A Sneak Peak at KU’s newest space

Work on the Learning Commons continues, with construction slated to be complete in Summer of 2022. In the meantime, students can tour the progress.

Situated on the old ‘beach’ in the center of campus, the building will be easily accessible once complete. In the meantime, it is only accessible to students via hard hat tours.

The Learning Commons was designed to be airy, with nearly every space having access to sunlight. Despite the extremely overcast day the below photos were taken on, the minimal construction lighting was adequate. 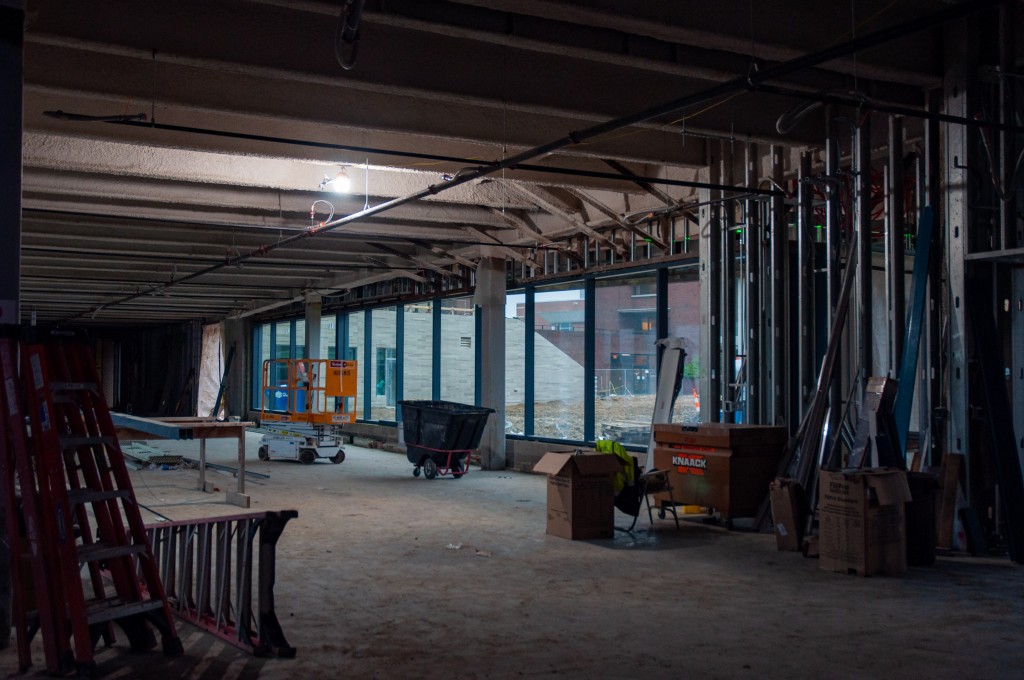 The Learning Commons tunnel (in-progress as shown above) will serve as an art exhibit for items from Factory One.

Sunrise Cafe will be moved into the new building. The new location features a more streamlined space and other upgrades, such as a pizza oven for on-demand personalized pizzas.

The majority of the building (besides the new dining areas) is devoted to collaborative spaces, in the same spirit as the current D-Spaces, but designed with more flexibility.

The building also features an auditorium, an amphitheater and coffee dispensary. These new options have been well received by students touring the building:  “I like how it incorporates things that everybody has been asking for for a long time, such as new dining options in addition to a new coffee bar”, Mechanical Engineering Senior Trevor Frost said. “I also like the fact that it has a lot more open space for group collaborations.” 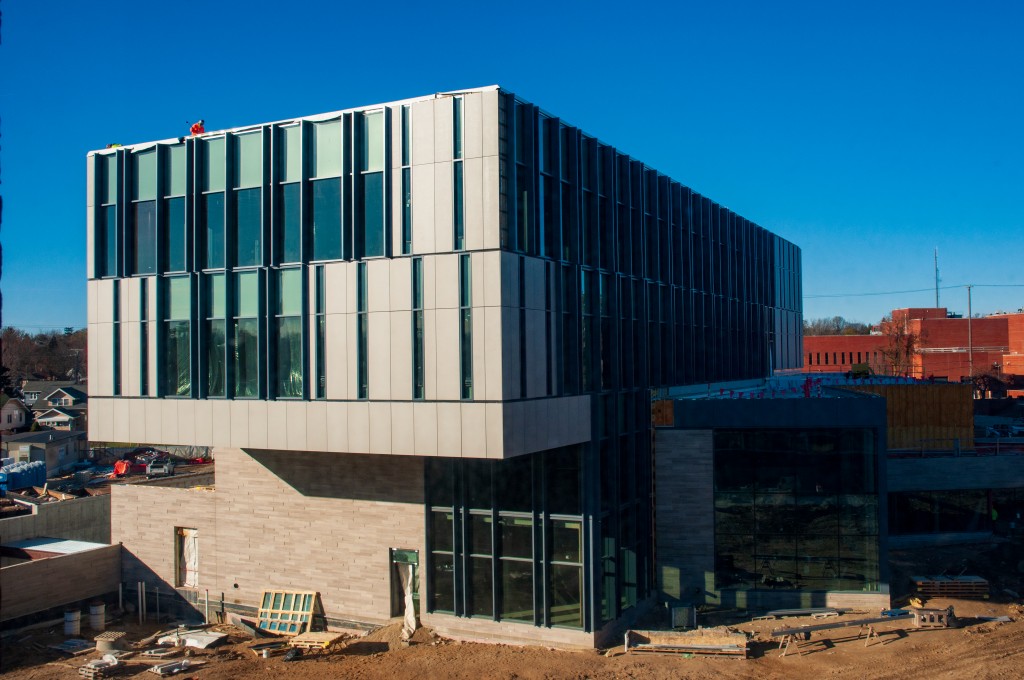 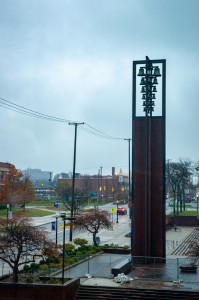 Two cantilevered portions (close up above) contain rooms with floor to ceiling windows, offering views of the Rec Center and the bell tower (at left). 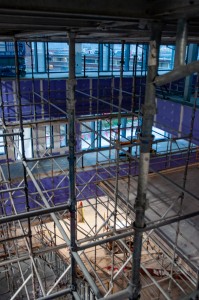 Natural light and an open design is visible despite the multitude of scaffolding, seen at right. This multistoried atrium, which the tunnel opens into, will also house a kinetic sculpture.

The space is another student favorite: “I enjoyed the architecture of it. I really liked the atrium being the central portion of the building that allows you to see up to the top floor from the entrance”, explained Mechanical Engineering Senior Tyler Perkins. “I absolutely could see myself using [The Learning Commons] and touring it made me a little disappointed that I would be missing out on it….The Learning Commons is going to offer a substantial amount of space to be able to [meet and collaborate].”

Interested in seeing the Learning Commons for yourself? Kettering email accounts can sign up for tours, which are announced in the Bulldog Weekly.

Hello Kettering Community!
Since Kettering typically sends very targeted emails with updates regarding our current situation (i.e., Work Term Students only, or School Term Students only) The Technician has taken upon the duty of keeping the uninformed (I’m looking at you, too, A-Section and Alums) more aware of upcoming and current B-Section campus news!

The Kettering Student Government (KSG) recently extended the deadline to submit Council Applications for the Academic, Finance, and Operations Councils. While originally due 10th Monday, applications can now be turned in until 10th Friday.